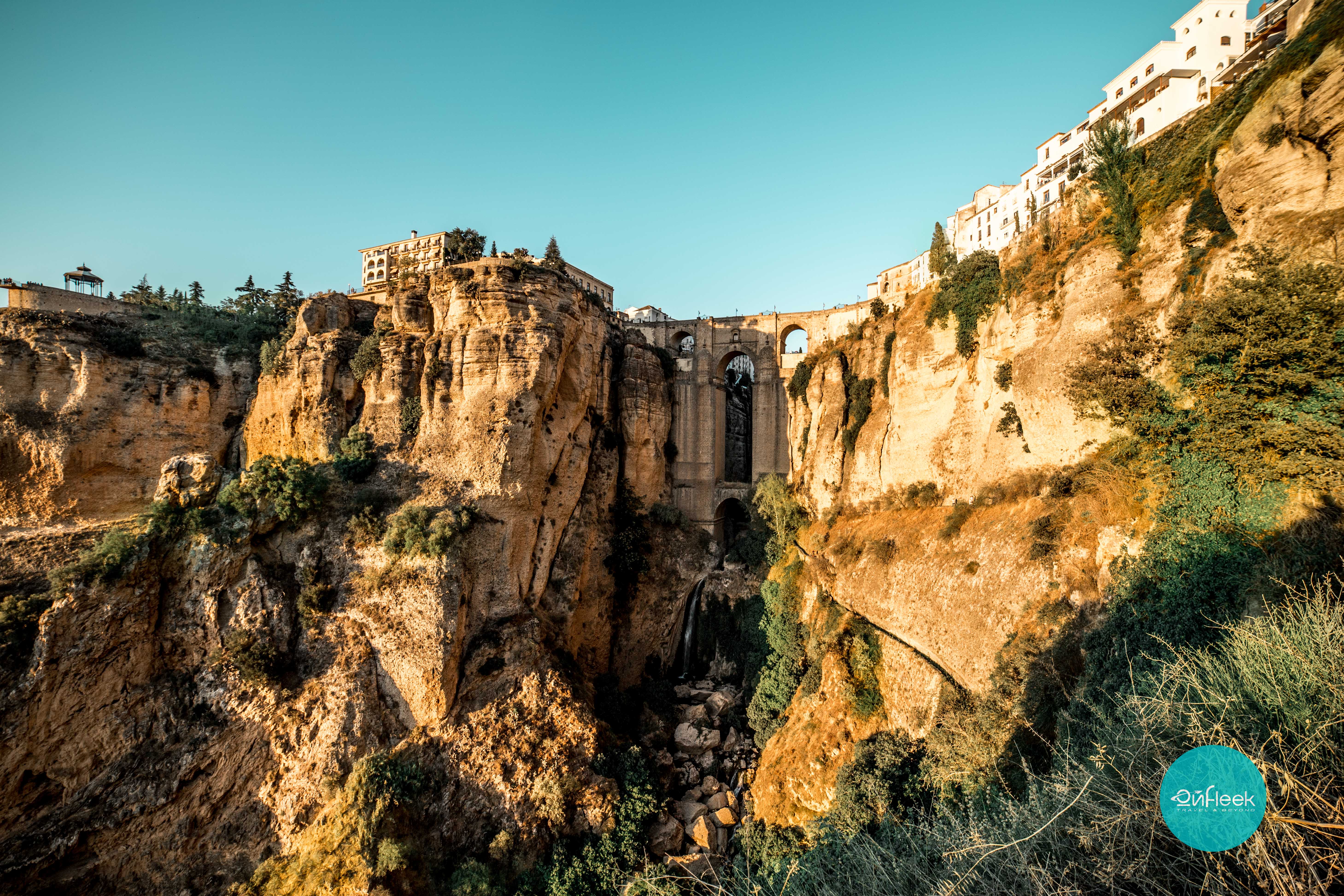 Ronda is a mountaintop city located in the northeast of the province of Malaga. We will spend the morning in this beautiful destination known for its spectacular architecture. This excursion will captivate with its memorable viewpoints such as the famous Tajo de Ronda (Ronda Cliff). Other places we will visit during this excursions are La Casa del Rey Moro and the Punte Nuevo; one of the most enthralling bridges of the Iberian Peninsula. This city is established on a plateau, cut by a deep gorge (the Tagus) through which the Guadalevín River passes, separating the new city from the historic center.

This historic city emerged from Iberian settlements during the Roma Empire. After the Romans, the Visigoths occupied the city and later by the Muslims. The latter being the ones who truly gave this city prominence.

After the visit to Ronda, we will have lunch in Setenil de las Bodegas. This lovely town in Cadiz is located at a height of 640 meters above sea level and it is part of the route of the white villages in Cadiz. This town is famous for the uniqueness and beauty of its houses that close its walls against the rocks of the mountain. This type of house, called "shelters under the rocks" defy the laws of architecture and makes the town a perfect setting to get lost in its streets. Something that makes visiting this town even more interesting is the fact that there are proofs that the caves of las Piletas were populated more than 25000 years ago.

In the morning we will depart from Seville and head towards the spectacular city of Ronda, Malaga. We will visit the old and new city, connected by the historic new bridge which is 100 meters (330 feet) high. After Ronda, we will head to Setenil de las Bodegas, where we will have lunch. Setenil is a beautiful city in the province of Cadiz, which its historic center is literally embedded in the pit formed by the Guadalporcun River. In the evening we will drive back to Seville.

The trip DOES NOT INCLUDE: