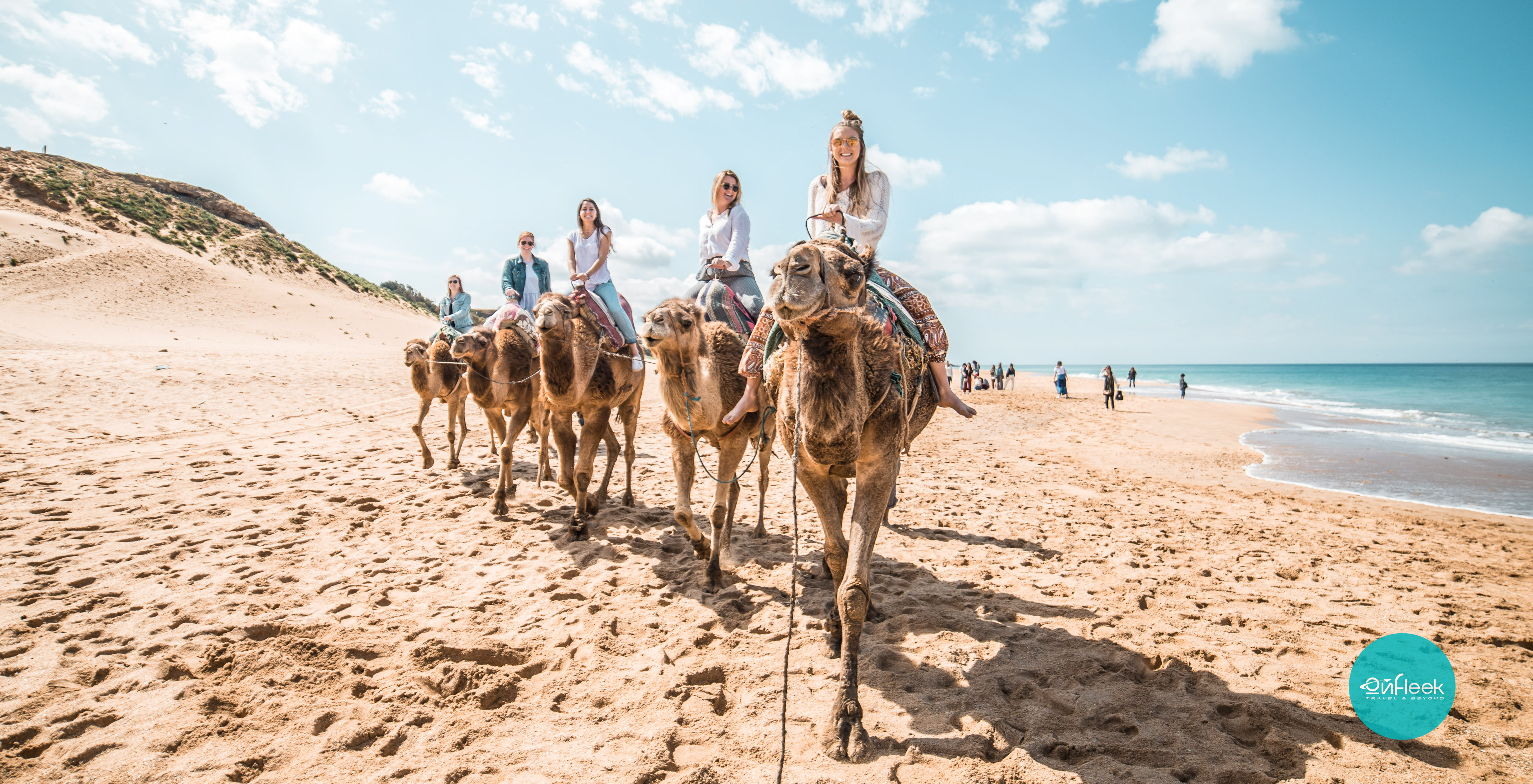 Have you ever thought about visiting Africa? Known as the second largest continent of the world and the cradle of humankind here is a unique chance to get a taste of northern Morocco through the eyes of local guides. A must during your studies abroad!

The charming and fascinating city of Tetouan, also known as the “White Dove” is a multicultural city that will definitely give you a different perspective of Morocco. Visit Chefchaouen, famous for its attractive blue-painted walls where you’ll be able to practice your bargain skills with the locals to get unique craftsmanship. Walkthrough the historical Medina of Asilah, which dates back to 1500 B.C. The fishing village of Assilah will captivate the culture vulture travelers as this city is filled with colorful artsy graffitis.

Last but not least, ride camels with us on the beach! Don't pass on this unique opportunity! Sign up today to experience this incredible, multicultural trip that will open your mind to the fascinating country of Morocco! 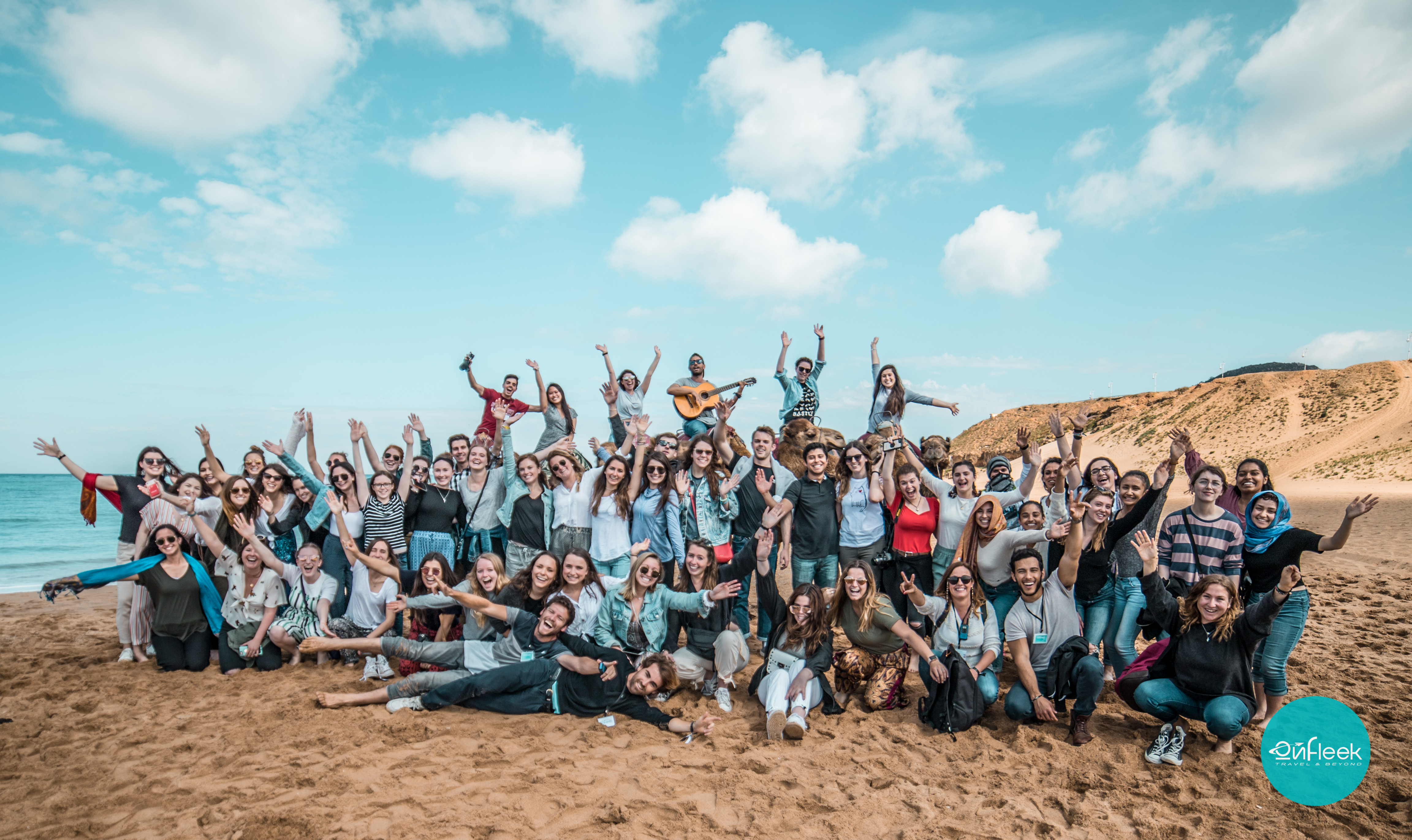 Tetouan, also known as the White Dove of Morocco has one of the two major ports of Morocco and sits at the foot of the spectacular Rif Mountains.

During the 15th century, this city became a refuge for the Andalusian refugees and Sephardi Jews that were fleeing from the Christians after the Reconquest, and in the 20th century, it became the capital of the Spanish Protectorate. Consequently, the city has a lot of influence from the Andalusian in its architecture, cuisine, and art.

The medina of Tetouan was declared a UNESCO World Heritage Site for its authenticity and blend of cultures. 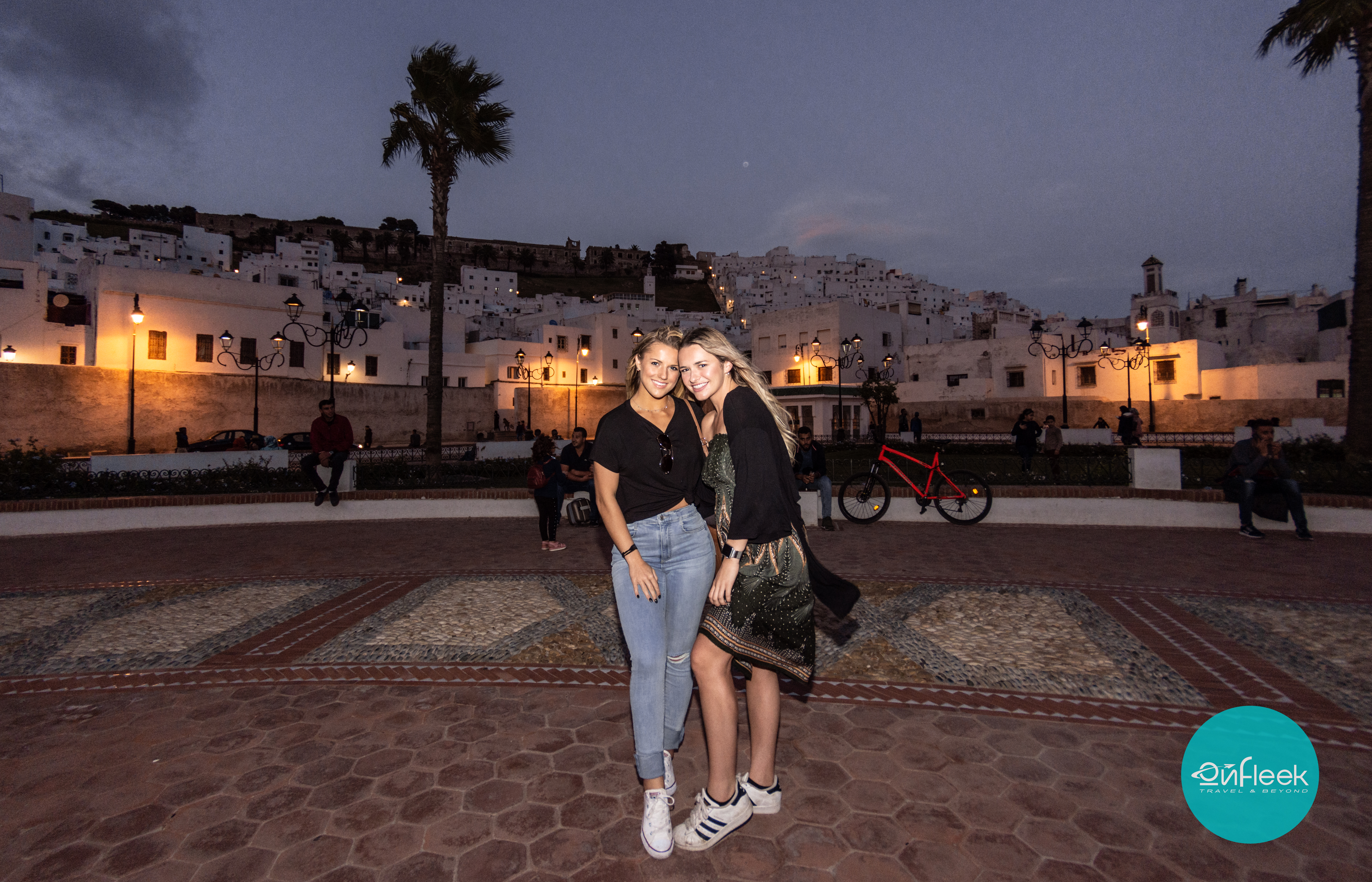 Famously known as the ‘blue pearl’ or the ‘blue city’, Chefchaouen is located in the Rif Mountain and is one of the top destinations for the adventurous traveler. The word Chefchaouen means “look at the horns” in Berber, the most ancient language in Morocco. The name refers to the 2 mountain tops behind the city.

Chefchaouen is a very popular shopping destination as well, as it offers some handicrafts that are not available anywhere else in Morocco like wool clothes and traditional rugs.

The blue painted walls are a popular subject of interest and there are different theories that explain why. One theory is that the blue keeps the mosquitoes away and maintain the city cool during hot summer days. Another theory is that Jews introduced this color and symbolizes the blue sky and heaven, this serves as a reminder to lead a spiritual life. Although these theories may be true, today it is said that locals use this color to attract tourism and maintain a healthy economy.

Chefcahouen’s economy has skyrocketed in the last 10 years thanks to the growth of social media, especially Instagram. Some travelers describe this city as one of the most ‘instagrammable’ cities as it offers great opportunities to photograph outstanding pictures.

Assilah is a fishing village located in the northwest part of Morocco. It dates back to 2000 B.C according to the neolitics fossils found next to the city. When the Phoenicians occupied the city during the 2nd century B.C. they named it Silis. This city was fortified by the Portuguese during the 15th century and has passed through the hands of the Spanish protectorate in Morocco.

Assilah hosts annual music and art festivals, including mural paintings where they invite artists to show off their art. This small and enchanting city can be seen in one day where one can admire this artsy town. 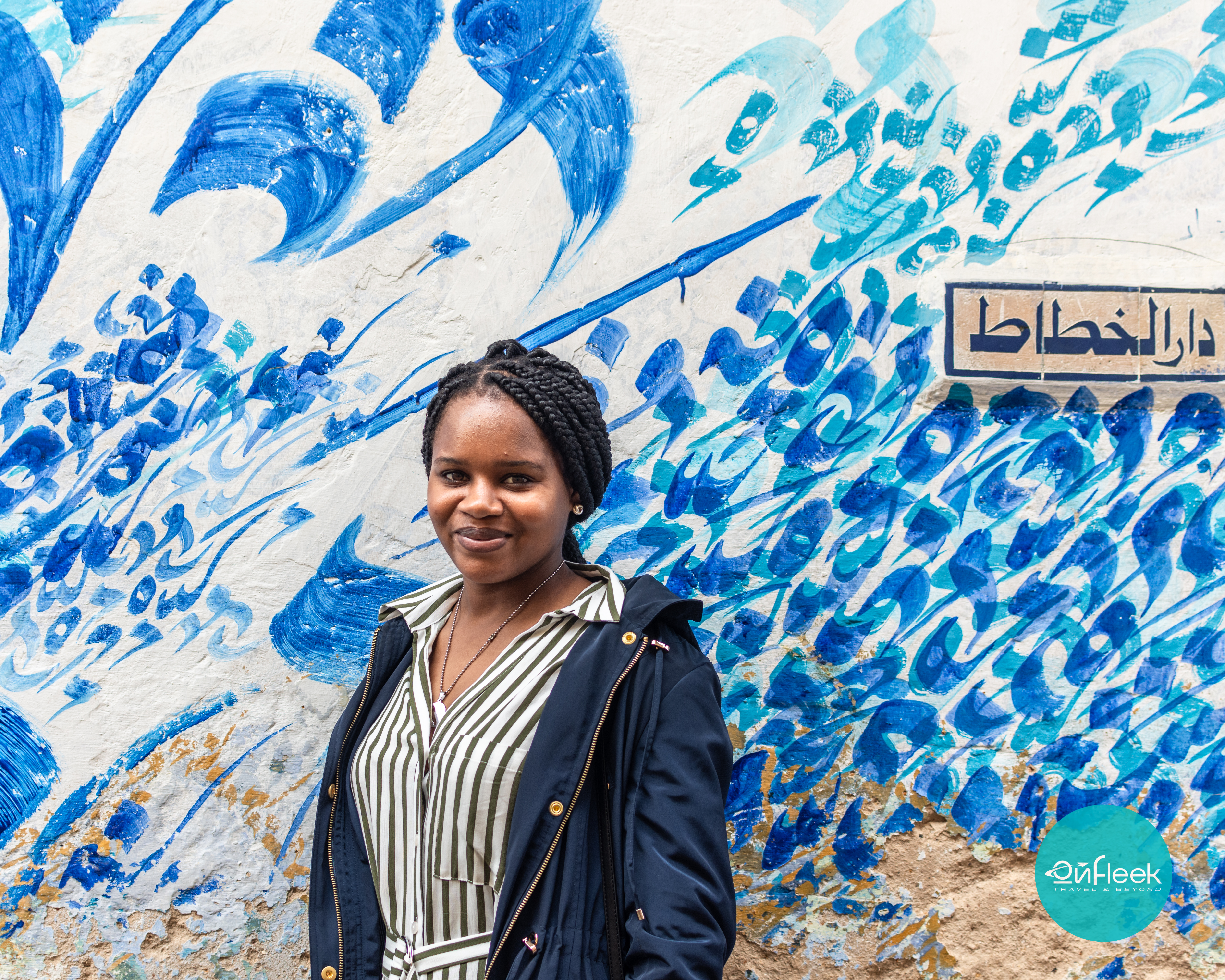 *This itineary is subject to change pending on weather conditions and third party providers. The official itinerary will be sent a few days prior to the trip.*

Meeting point at Menendez Pelayo 10-12, Seville, and departure to Algeciras or Tarifa by bus. From Algeciras or Tarifa we will take the ferry to Tangier. Once in Morocco, we will head to the old colonial Spanish city of Tetouan. As soon as we get there we will check-in at the hotel, and take tour around the city with local guides. To put the finishing touch on the day we will have traditional moroccan dinner (diet restrictions/preferences will be considered) while enjoying a typical Moroccan show.

After breakfast, we will depart to the blue city of Chefchaouen where our local tour guide will show us the history and secrets of this unique city. Later on, we will have a delicious typical Moroccan meal. Then, you will have free time to practice your bargaining skills while shopping around the old quarter and enjoy immersing yourself in the moroccan culture. Once we get back to Tetouan, we will get to know a little bit more about the city and its characteristic places. Later, we will have dinner with a little additional surprise for the group.

Early in the morning departure towards the coastal city of Asilah. We will visit this charming little town, where we will be able to shop and wander along its beautiful coast. After visiting Asilah, you will have the chance to ride camels along the beach and visit the Grotto of Hercules. Afterwards we will head to the port of Tangier, where we will get the ferry to Seville (the estimated time of arrival in Seville is at 10:30-11:30 pm).

IT DOES NOT INCLUDE: